This is the week that my novel comes out, and I feel very fortunate. It’s a longish book (for one without dragons) and I’ve already been touched by the booksellers and librarians who have taken the time to read early copies. The books are in stores. Book birthday. A woman told me a long time ago that her drug of choice was Birthday Cake. I nearly followed her home.

Putting things into the world is dangerous.

Wanting things is hard and awkward.

I want to be Anna Magnani in The Rose Tattoo, scowl and say things like, “No, Polly don’t want no cracker, no cracker Polly, no.”

Visibility is an inside job. It’s totally possible to be self-conscious about what’s invisible. Things that mean nothing to others that you defensively concretize around.

I once knew a man named Rockets Redglare who proclaimed himself a junkie without any hesitation. He walked around with cookie tins full of crack but hid his Playboy magazines under his bed. I know this because I cleaned out his apartment when I moved into it at nineteen.

My point is that people are often embarrassed by the very things about which they should have no shame at all. I feel that way about my years as a musician because I was never as good as I wanted to be, and I tried really hard. When I began to write, I kept it out of my bio. Now I’m putting it back in.

When I get nervous about what people think, of my new novel, of my old music, or what comes out of my mouth, I will try to remember that teenagers all over the world are having sex with each other and don’t care what any of us are doing.

Going for the full Magnani. 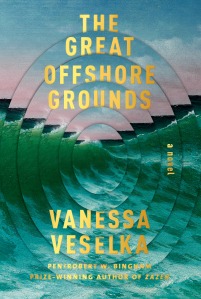 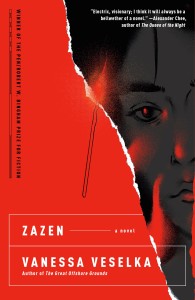